As the blog silence over the last couple of weeks bear witness to I’ve been away living the high life in Sweden (i.e been covered in lots of rain) and I will of course give you some snap shots of the high lights. 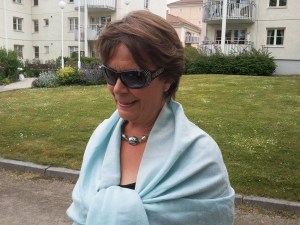 The board walk in Nyköping. Fancy stuff 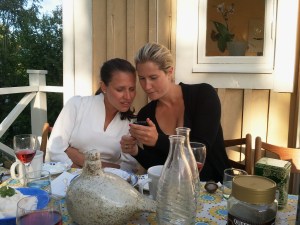 But I soon left quiet life for picnic with my girls (that ended with me performing on a guitar for 2 hours for all my ‘fans’. When i broke the first guitar i luckily found another one. The show MUST go on. Sanna were feeding people crisps with a garden tool and Bella was miss canada in hockey shirt and fur hat. A normal night with the girls)

Summer happy Filippa (before the siba tie and killer shoes) 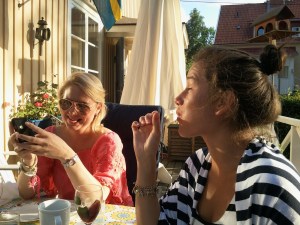 You can really see us dancing with joy 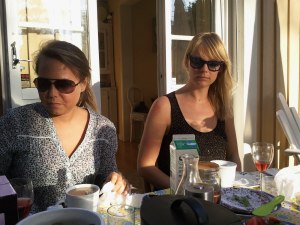 Good thing it picked up after a while. Guess it was that dangerous pimms that is to blame

Siba got some great PR from this 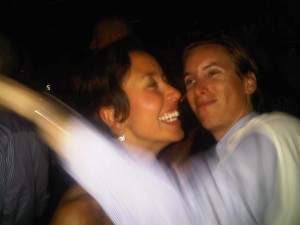 Unfortunately i couldnt ‘find’ the pictures of me playing the guitar. What a shame…

Is not easy because she has turned into something of a problogger, which I used to be, these days I am an unreliable amateur. Anyways thought I’d shed some light on what is going on in LAAANNNDAN and the Mansions. 1) the weather really, really REALLY sucks. Having lived in the UK for 5 years now I can conclude this is always the case in June. So never go here in June for holiday. Go here in May, because it is always sunny in May. July is ok, August is brilliant. But June. June is pissing on us, and the skies are dense and grey.

2) Me and Tompen are going sailing as crewmembers with The Yacth Week! My friend Sara has moved here to work for TYW and invited us to come with. It’s the last week of August and so we have embarked on a detox to freshen up our minds and get rid of some bellyfat (me) and get an even better sixpack (Tompen.) We are stupidiously excited to say the least and are really looking forward to sun, swimming and meeting lots of happy Scandies. AND, we are living on a MASSIVE SHIP! Like, a proper pirate ship.

3) Work is no fun at the moment. I spend most of my time doing admin and it toxifies my brain. Luckily a fun weekend is coming up (midsummer!) so I am looking forward to that..but yes, shredding papers, typing in data and sending letters out. It is a soulkiller for me. I wish the NHS would grant me a secretary!

4) Midsummer! Friday we are doing a midsummer party at Raffles, and Saturday will be picknick and maypole dancing in the sun (rain?) to celebrate the lightest (wettest?) day of the
year.

Roger has moved into CCs room now that she is gone, he is dressed in a rain poncho as is suitable these days. I have some kind of itchy bites on my legs and am now wondering if he have some kind of new exciting parasite in our flat? Obsessional cleaning to be undertaken shortly.

Off to Stockholm in a couple of minutes. The blog might be left hanging in my absence, will try to give it some love but otherwise maybe one of the others will pick up the crown. Otherwise i’ll see most of you in Stockholm and the rest when I return in a week.

Going back to Sweden tomorrow. Havent been home for a while – feels a bit odd since I’m still very much swedish and depending on whom I’m speaking to calls sweden my home. Sometimes it slips my mind that I’ve actually been living in London for 1.5 year.

Someone once told me that it takes 10 year in a city to truly belong to it so I guess 8.5 more years will make me into a proper londoner. Until then i’ll keep living in big city limbo trying to decide if Stureplan is the place to complain about over Söder or if I’m dreading turning a Chelsea girls even more. Cause in the end of the day i’ve just switched one burgeoise lifestyle, trying to go bohemic, for another one. I even see the same people when I go the bars around Chelsea that I used to meet in Sthlm

Guess I just have to give in to the fact that you cant flee your past and just accept that I will never own the barricades with other intellectuals of my time and find peace in that the only kind of owning I will be doing is Raffles pole.

It feels great going back home though and I’ll do some proper owning of the Stureplan night clubs.

There is a slight, slight difference in our skin tones (i do look a bit tanned though and Daddy R looks positively glowing) 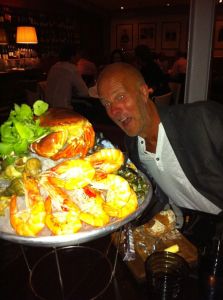 Lets behave extra classy since we are in this swanky restaurant

Busy, busy and the poor blog is suffering.

I fled up East this weekend, Elin was working at a festival and the siblings were back home in Sweden enjoying drunken student partying and Huddiks nightlife.

So i packed my bags and moved in with our eastern boys for the weekend. What was to be a quiet weekend in for me and Tom ended up being zubrowka dancing and touring of the best pubs East had to offer. Saturday was a lazy day in the sun and then hamburgers and boozy milkshakes at the Diner before I was sent to bed by the boys before 12. Sunday me and Ben owned to sofa while Tom went to the gym (that boy’s got his priorities all wrong. Who dont want to watch trash Tv before going to the gym?)

Tom doing one of his epic Eusro disco moves. You can almost see Oliver cringe in the back ground.

Boozy milkshakes at the Diner.

Ben fell in love with his True Blue milkshake. Being newly singled he pretty much took to anything in his way.

It’s so sad when its all over

‘I’ll come get you Ben’. Toms missing elin and going for the closest he could find 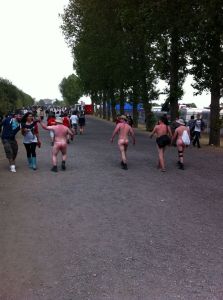 She was trying to find a man for me

When we come to sweden in august it will be in the ‘buspimps’. Yes, we will own!

Me and Sanna are dressed up as two 16 year old guys we met when we were out working for Sony Ericsson.

Best part of this story is that I lost Sanna somewhere on the way and when trying to find my way back from Kungsholmen to my hoodies Östermalm I accidently ended up at gallery opening. They actually thought I was a guy and for some reason gave me a hammer (!). Finally I found my way back and when coming to Stureplan I saw my at the time boyfriend Magnus. Happy to see him I decided to give him a scare so I run towards him with the hammer held high. The guards at one of the nightclubs thought me being a crazy 16 year old boy and wrestled me to the ground. That was the end of that night for me. And todays wisdom is – dont accept hammers from strangers.

Here I’m dressed up as the epic tennis legend Björn Borg. This night ended with me and Magnus going to Sthlm nightclub V and being the amusement for a hen night party. One of the bridemaids tried to kiss me thinking I was a man.

And Sannas friend thought I was a guy even after talking to me all night as below conversation tells. What can I say, I would be wicked as a Cecil 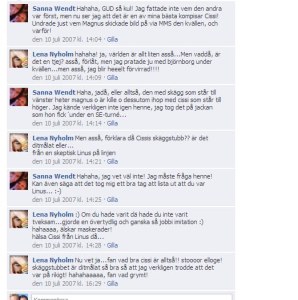