Went home a bit earlier after work yesterday since I felt one of those migraines coming on and curled up on the sofa in fetal position. Not too bad when you have a scruff bag by your side. 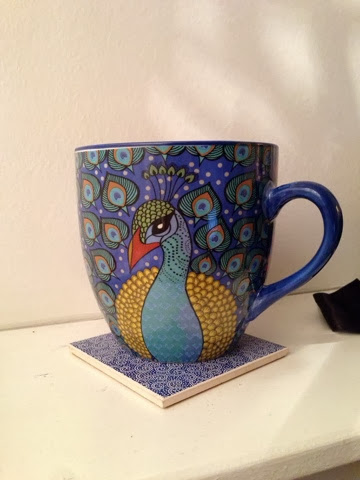 Drank tea out of my best tea cup. I just love these big ones from Indiska. 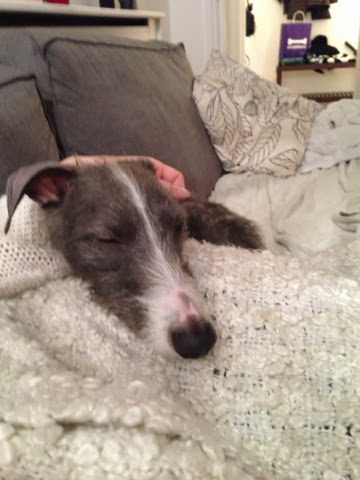 Woolly were keeping me company. He decided I needed some cuddles, he was right. 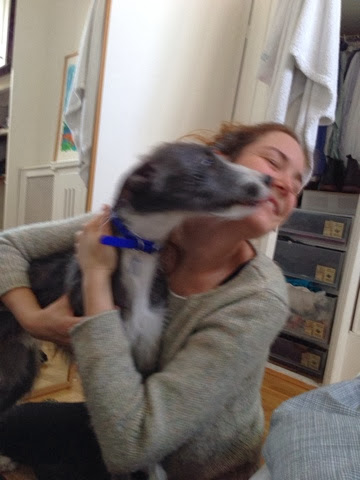 He was so good and slept in the hall all night without moaning. This morning I got a love bombing. 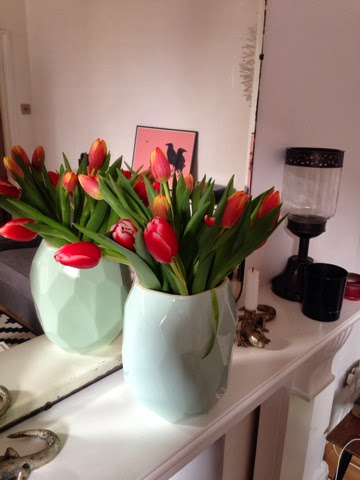 New tulips in the flat. Spring is coming here in London. All the trees have the buds coming and you can see the daffodils poking their heads out of the ground. Soon…

Feel a headache coming on. One of those bad ones. The screen is a bit blurry and I cant really focus but ill be home soon and me, Wool and sofa will do nothing.

Cant wait to have sweeties again. I cheated not only with the beer this weekend but with a piece of dark chocolate as well but that was it. Not more than that and I have a cupboard filled with sweets to be enjoyed. All for when big sis comes this weekend. Ill make sure she and I go odd her detox and my white month with a bang.

We did to other things over the weekend. Or well, until we got Woolly we did other things. Then he pretty much took over.

On Friday I went to drinks with work at Tiger Tiger and broke my non drinking with 1 beer (!). I felt so bad so i didnt finish it and didnt drink any more. Good work me. Then Ol and me met Bendice for Japanese in Soho. A very nice dinner spent talking about dogs and babies. Ol and me couldn’t agree. He wanted Woolly, I wanted a dachshund. 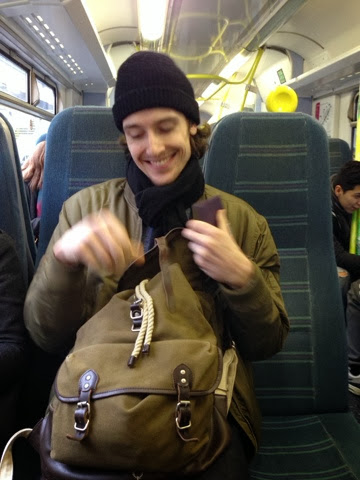 On Saturday morning he was so nervous and excited that someone else would have taken Woolly he ran out of the house and then acted like a teenager in love on the train. Look at that love struck smile. 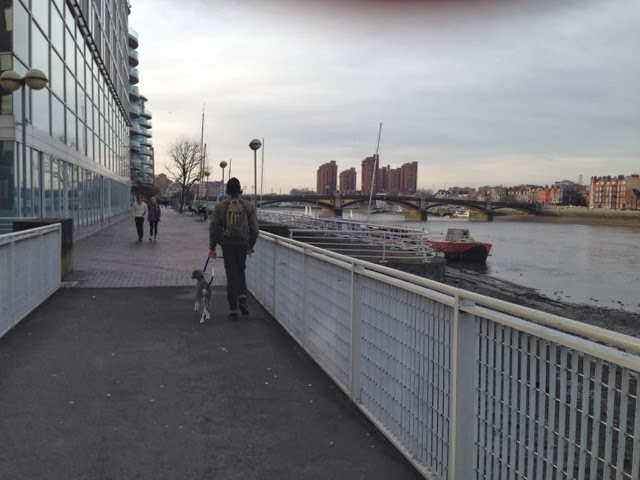 After hanging w Woolly for an hour at Battersea, seeing the vet and getting talked through the kennel cough and his stitches we were sent off with a bag of food and our new dog. 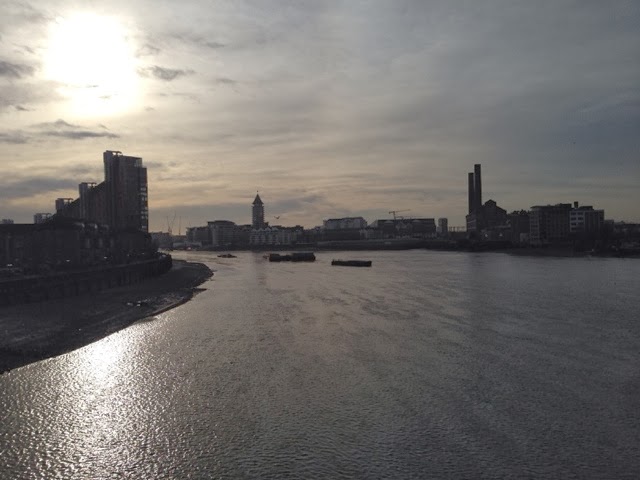 It was a pretty, and a bit nervous, walk home. We didnt really know what he would be like but he was an absolute dream and walked happily between us all the way. 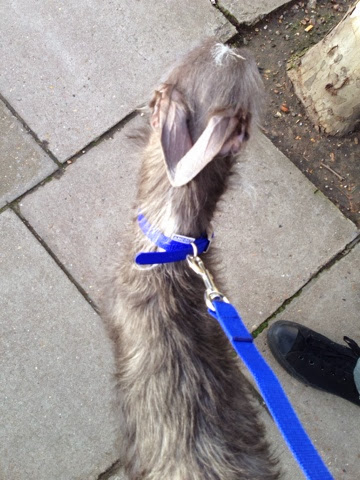 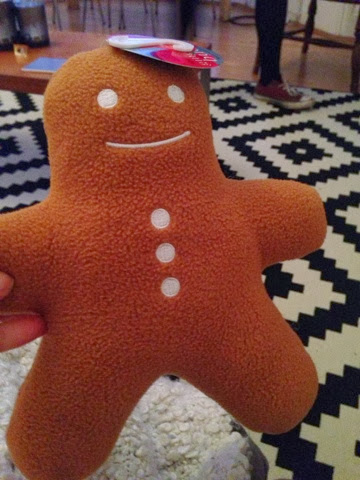 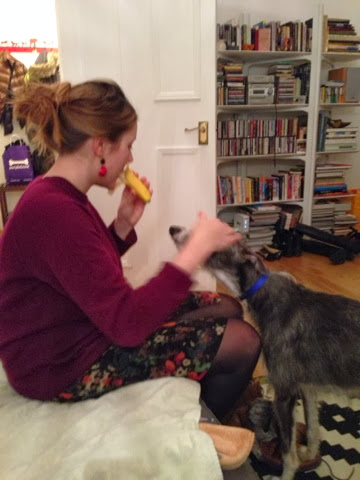 She came on both Saturday and Sunday which was good since we were a bit bored having to be confined to home for most of the time. 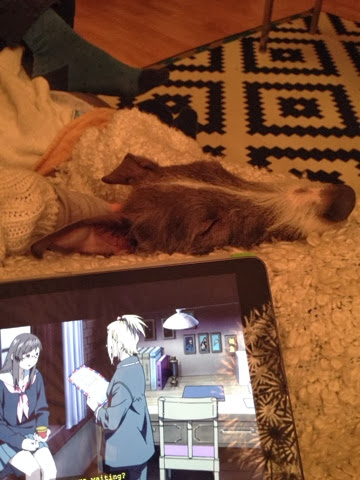 Sunday evening was spent watching Manga and sleeping. Could be worse.

This is a bit of a love bombing to Woolly but I must admit that little scruffian has wormed himself into my heart. He is just the easiest, sweetest little dog and except for being a bit stressed on the first day he has been an absolute pleasure.

Its been a weekend at home. Woolly got snipped at Battersea and still have the stitches as well as being down with kennel cough so he cant meet other dogs until its over. So we’ve been chillin’ om the sofa all weekend. Not that he seem to mind.

He loves hiding behind you back. Like a little ostrich.

Aaaw, that face. This is hos favourite, hanging his head on your bum or legs.

We did go out with him for short walks. Poor guy wanted to say hi to all the dogs but cant at the moment since the couch is highly contagious.

So, we brought him back into the sofa

and kept cuddling him for hours and hous.

Wool and me watched manga together.I think he likes Japanese cartoons as much as I do.

Or at least he likes my bum. Same same as long as i get to cuddle.

Miranda came over to hang with him. He loves her. Good thing since she will be helping out with him in the future.

Oliver called all of his family telling them about the news. They were all smitten ones they got to see some pictures of him. You cant dislike this little scruff bag.

He already knows most of the basic commands which makes our lives all lot more easier. He even sleeps out in the hallway and we have our door closed to the bedroom. There is a little bit of whining before bed but then he is fine.

Miranda brought him beef. No wonder she is his favourite person.

We had an amazing weekend with little Woolly and I am very happy he is in our lives. Never thought I was the one who would end up with a dog, and a skinny lurcher at that, but Im sure he is perfect for us. 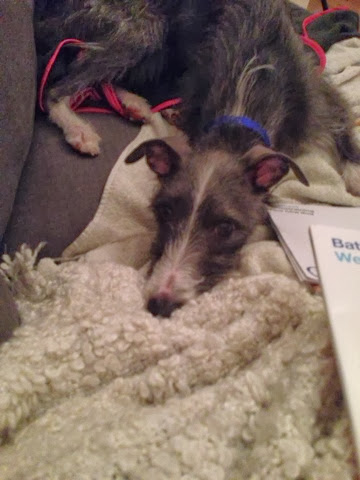 This little guy moved in with us today. Woolly the lurcher. 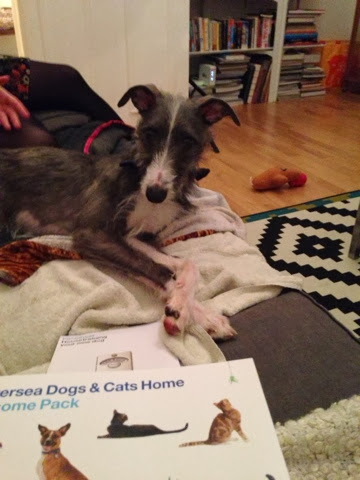 He was a bit stressed at first but then happily calming down. 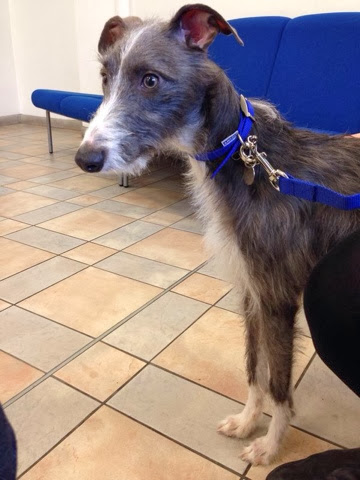 The cutest little ruffian in the world.

Felt a bit like a doll yesterday in my girly skirt and curly hair with a bow in. Yes, this is how I tried to own those ladies at the exhibition. I see it as a success. Long legged, rich fashionistas have nothing on me. 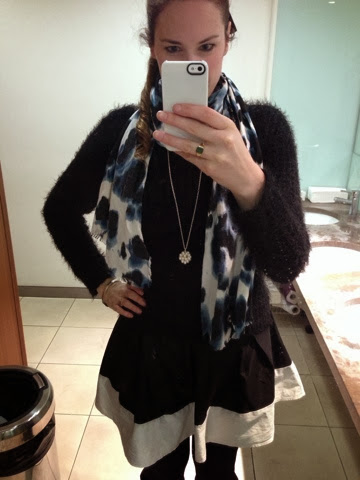 We had gnocchi with mushroom and chilli for dinner. I dreamed of cinnamon buns and sweeties. Whoever said you stop craving sugar when you are off it lied. 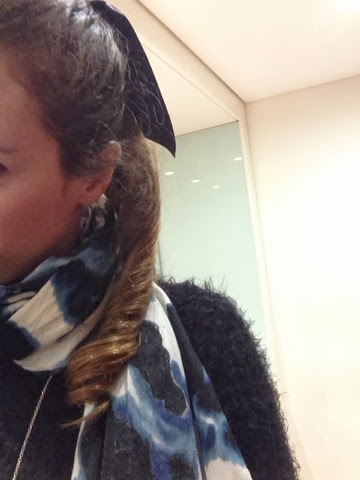 Ol is also taking me to Battersea again tomorrow. he has fallen in love with a little dude called Woolly. We’ll see, Ive given up on my dream of a dachshund puppy and are realizing Ol’s is outdoing me on stubbornness any day so Im sure we’ll end up with a long legged lurcher I will love.

Everyone and his mother were there (or at least that’s what I hear). I was planning on doing a reversed Sanna* with David Gandy but go distracted.

There were also a room filled with free booze and a scary amount if suit clad bankers. Ol looked downright scruffy (yup mum, no jacket or shirt on that guy) and I was trying to hold my own around all the dolled up Knightsbridge girls. We left pretty early.

David Gandy killing some Essex version of himself (I think). Ol said it like it was self explanatory. It isnt for people who are not in the mother fucking business .

Billy Zane in a bear suit. Why not. He still looks cute (and somewhat evil)

Ricky Gervais shooting himself in the face of a clown.

* A ‘Sanna’ is when Sanna goes up to a celebrity she thinks I should hook up with and say ‘you look like her ex/my friend really fancies you’ in the hope that it will happen (it never does). So a ‘reversed Sanna’ would be me doing the same thing. Shame for Sanna it didn’t work out (and yeah, I know she is very in love with Peter but this shit is like outside that)

Btw Sanna, here is the guy I almost hook you up with (close your eyes dad, too much man skin for you)