So tired i can barely function. Going to be standard this wedding spring. There is something about shot gun travels in and out of Sthlm with a full on party day that KILLS you. But, on the other hand, awesome memories. Or like someone said, just make sure you have less best friends for less bridesmaids duties. Should have thought of that earlier. 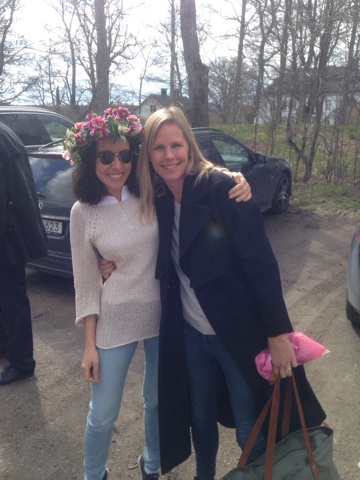 This weekend was Maggies hen do. She suspected nothing. Hands up for us three bridemaids giving away nothing, it was definitely close a couple of times. My poker face is zilch. Good thing i didnt have to see her.

I traveled in Friday and went straight to Julias house on Ekerö to help her with the lunch we were throwing there the day after and also just hang out because missed her. And hide form Maggie.

In the morning we walked the dogs, did some table carrying and then headed straight for the first stop. 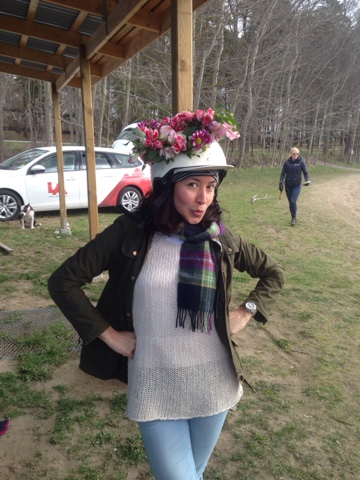 Maggie had been kidnapped having breakfast at Lydmar. Sanna had arranged for a flash mob to sing Du är min man and Erik came in with flowers and led her to the car. Best is that it totally looked like Erik was proposing. Except that he didnt get a yes, just an awkward hug. The other guests must have been like WTF?! 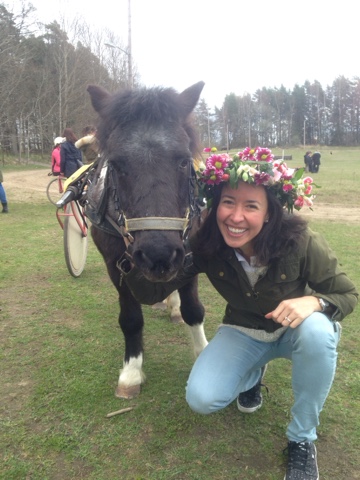 Maggie won the trotting and by some miraculous intervention (all due to my little pony) I ended up in the winner heat (there was an awkwars moment during the practice lap when the pony just refused to move. Apparently i looked like a big flapping bird trying to get it to move. Always cool). But, knowing my tendency for injuries stayed in the back for the winner race. Dont have time to be broken this spring. Or break anyone else for that matter. 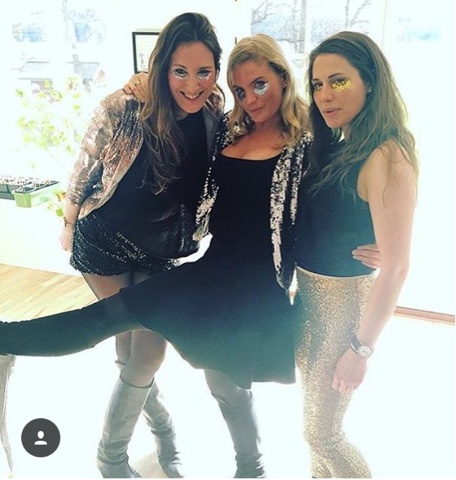 After all that drama went to Julia’s house for a midsummer lunch. The boys were there and served hot shots as well as took the lead on the singing. We drank snaps, ate midsummer food and gave Maggie a photo book with memories from everyone. 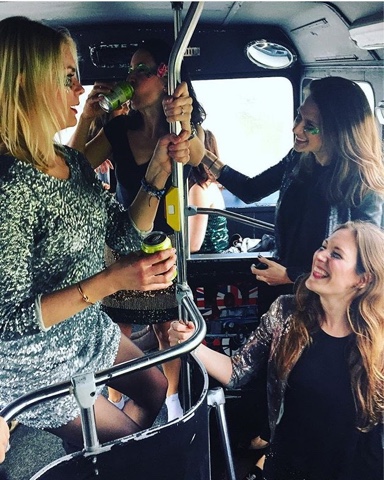 …a london party bus. It was fully equipped with two dance floors and music and you were allowed to dance while driving as well as bring your own booze. Best. Thing. Ever. I wish there was a party bus to drive me everywhere. 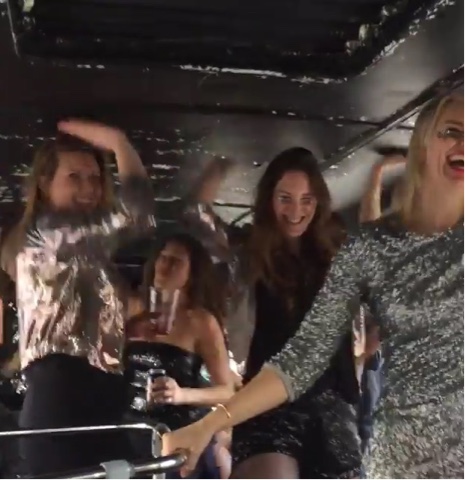 We danced like there wass no tomorrow. Hands in the ceiling and more glitter to the people. 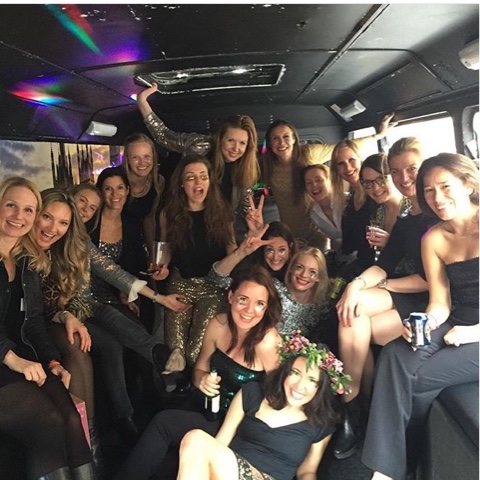 Almost the entire crew. Must say that everyone was on such good form. We were a bit worried that people would get tired but no way. I take the credit for making everyone feel like they needed to get drunk with faces full of glitter. Apparently thats kind of scary (who knew) since half the party didnt want to ‘look silly’. Bah! No one looks silly in glitter, its instant coolifier. 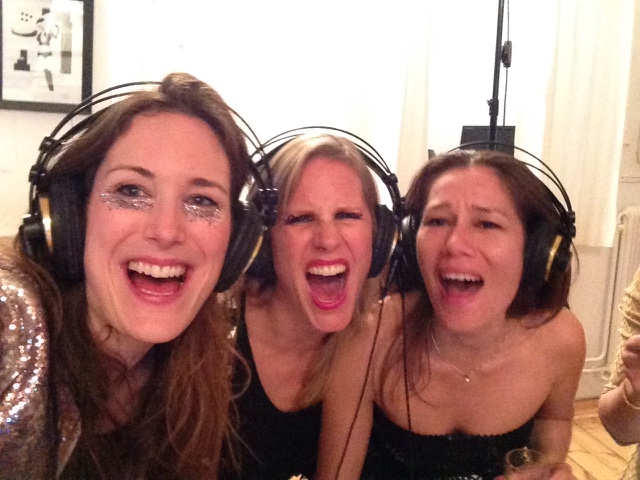 The bus took us to a song studio were we recorded the song ‘Du är min man’ that Maggie got kindapped with. Maggie sang the lead and the rest of us backed on the chorus. Maggie sounded amazing. We. Not so much.(There migth be a video. Its should NEVER see the light of day) 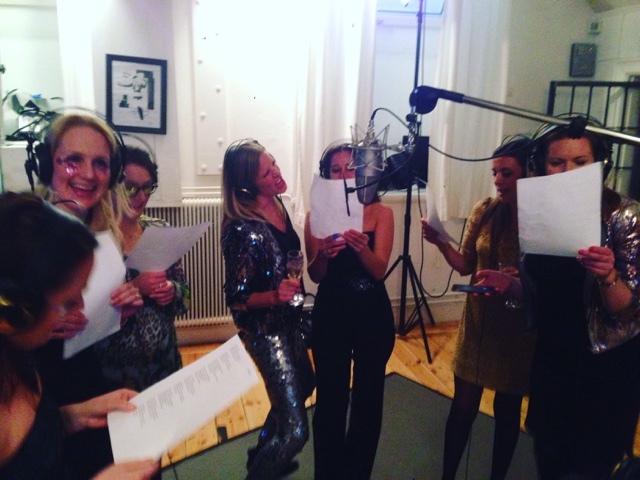 But it was fun. And we looked kind of professional. 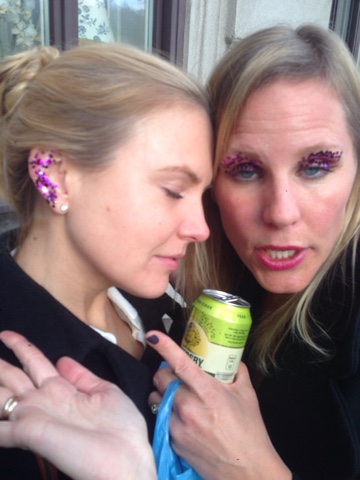 After all that singing we touched up on our glitter and went to ciao ciao for dinner. Pizza for fab girls. By that time we were a pretty drunken, rowdy crowd and they were happy to see us go… F had spent most of the dinner throwing grissini at me because i was too far away. ’18’ she yelled. ‘I have thrown 18!! grissini at you’. Sorry F (and everyone else) 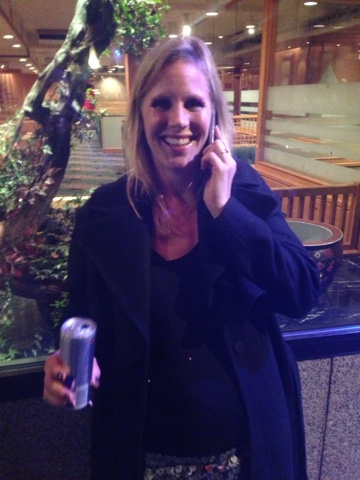 After dinner more singing. Karaoke. They didnt serve alcohol which was probably a good thing (I did however smuggle in jäger. Im fly like that). This is F and me drinking red bull on the street watching the snow (!!) and talking to G. Or, F was talking to G. Crash course in my awesome drunk friends. 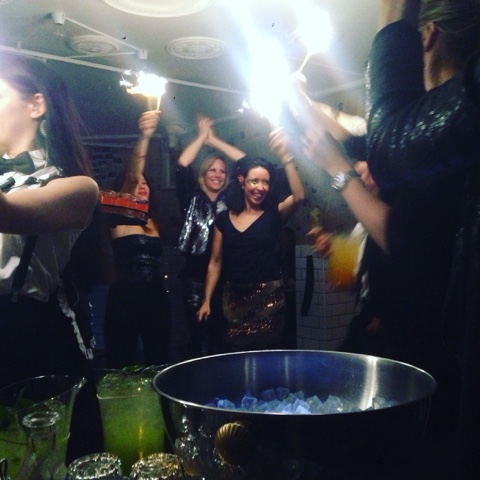 Last stop on this very long and extremely fun day was a table at Fou. By this time everyone looked like they were dying of tired.I did get a lot of compliments for my glitter make up but glitter saves everything.

When Maggie snuck off Sanna and me gave each other a high five and went home for pasta and candy on the sofa. No matter how much fun its also crazy taxing organizing a day like this. 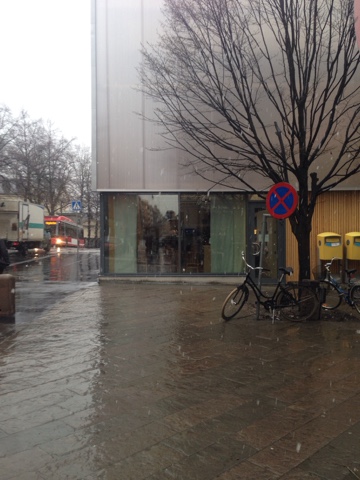 Sunday looked like this. Snow and grey. Hence while Sanna and me stayed on the sofa until my plane left. Winning. 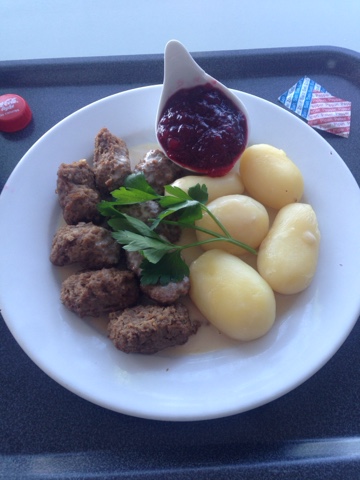 Ended my Sthlm trip with some epic hung over food and then VERY happy to die in bed way too many hours later.