Either way, yesterday i once again introduced them to the joys of kubb.

All the swede things. Kubb, swedish cider and a swedish girl.

My team was Cecilias bones and the other one was Sitas skulls (from the game being called Skulls and Bones in the olden days).

Maybe because their captain drank cider and took photos instead.

After losing at Kubb i took the team and headed back to the office for a leaving drink. My opposite neighbour Victor is leaving. Bye. 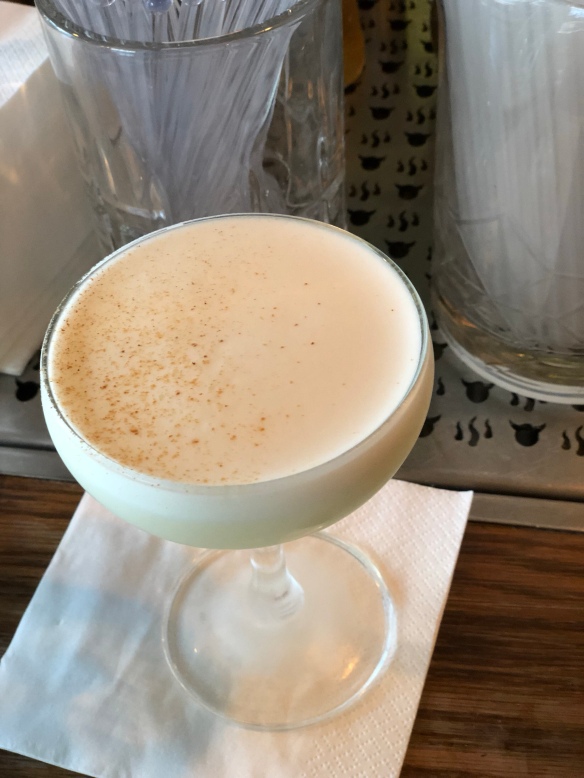 After another cider (cant drink too much when im going on a long tube ride. Bladders not big enough.) i headed up to Bethnal green to meet the kyro crew. Pauliina and Mika was in town and we all met at Satans Whiskers.

This lovely drink is a frothy zubrowka. Yum. 27 year old me is cheering.

Next stop (there is always like 15 with this crew) we went to Nola for food and drinks.

I had their gumbo. It was so disappointing. Brett, where are you and your deliciousness when i need you. Like for real, i would not eat it again and that is not a good review coming from this gumbo loving person.

But, i pushed my sadness aside and we all jumped into a taxi to Mint Gun Club. We drank Oolong teas and the sexy boys posed in their kyro shirts.

Crew! Every time you leave the house with George you end up with a whole group of you. Love it (and also why i sometimes need to hide on the sofa. Us sometimes introverts need that) 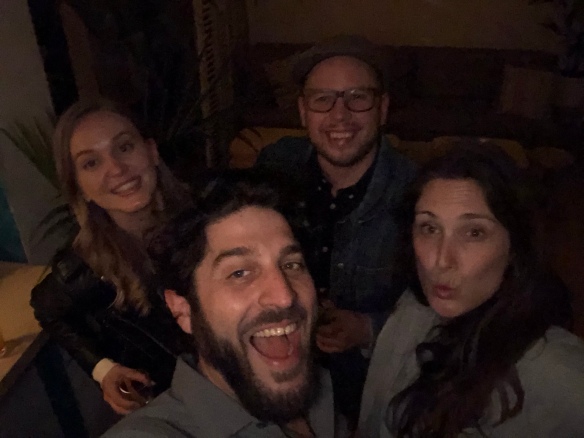 A swede hiding among the fins (and almost fins) 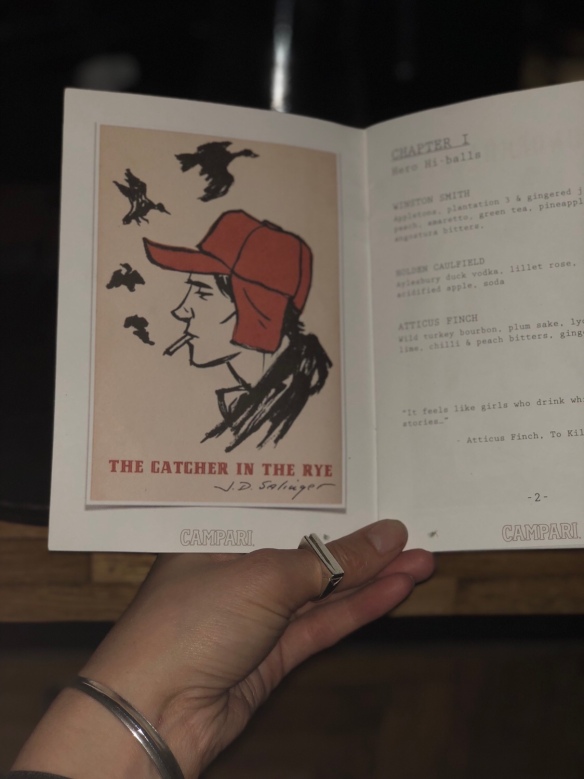 Last stop (we were sensible enough to not join the other to Calloh) was Victory Mansions. Never been there before but their drinks menu was based on books.

On Books!! How can i never have been here before?

I had a Holden Caufield. Tasted like dreams and late summer nights. 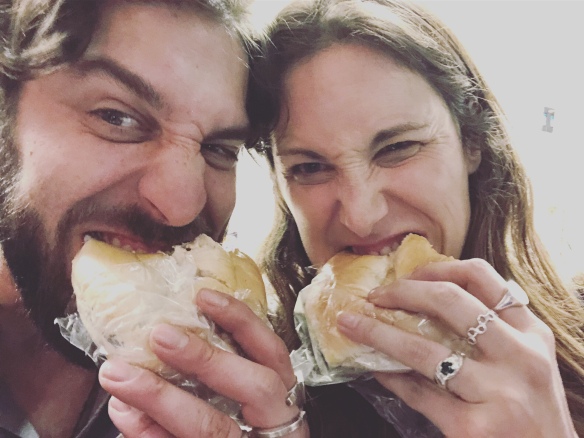 Then tipsy Cissi decided we needed night food. You are a hero! Slightly hungover Cissi thank you from the bottom of her belly today.