Im off to Paris today. My Eurostar was cancelled last minute so i had to rebook and now come home Friday morning for a meeting in town with one of our providers CEO at 3pm. The glam life of travelling. At least its train which is so much easier than flying. And better for the environment.

But before going to the train today im helping George hand in some rings in Highbury and Islington. Running all over the city like a ninja.

We had our ivf appointment yesterday. I will start the supressor medication while im in Sydney (its to stop the natural cycle so that they can plan when everything will happen) and then once im back we will start the treatment in early April. They went through all the steps, injections (with a serious needle, George will handle that shit…), scans every three days, egg retrieval, then mixing the egg and sperm in the lab and if any of the embryos survive 3 days later do the implantation and hoping for the best.

Since i just turned 37 there is the question of implanting 1 vs 2 embryos. Lower chance of a baby with one but ‘risk’ of twins with two. Guess we need to have a talk about that.

So yeah, lots of information and things to think about. I also need to speak to work when im back from Paris since this means i need to be in and out of the hospital in April. Speaking of work. I just got promoted to Director of Customer Engagement. Feels awesome and weird at the same time since this takes up so much of my time. I barely know whats what at the moment.

Speaking of holiday. This is the suit George is wearing being the groomsman for Ben at his wedding. Looking hawt. But not cheap…

After shopping we went for dinner at Byron. I was craving a burger. And milkshake apparently. Hey there banana goodness.

And then it was time for a play we booked in December. True west with Kit Harrington and Johnny Flynn. Everyone knows Jon Snow and Johnny is from one of George absolute favourite shows Lovesick. 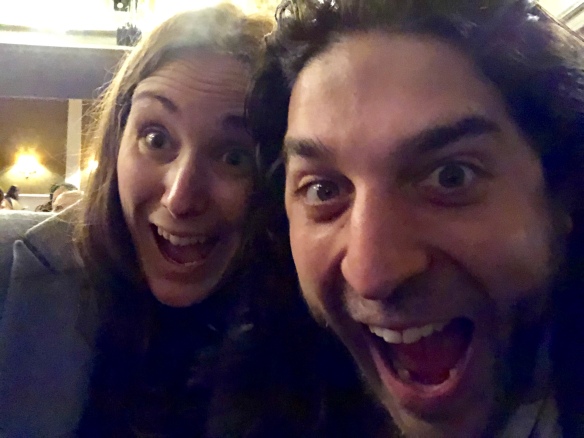 Overly excited since we’ve heard amazing things about the show. Its by Sam Shephard and tells the story about two brothers and their relationship while writing a screenplay for a movie. 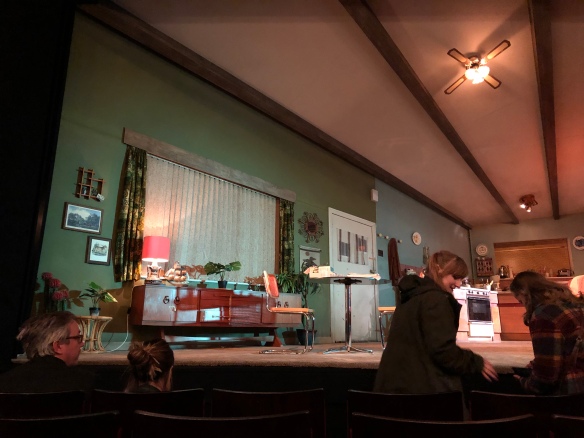 We were on the third row… 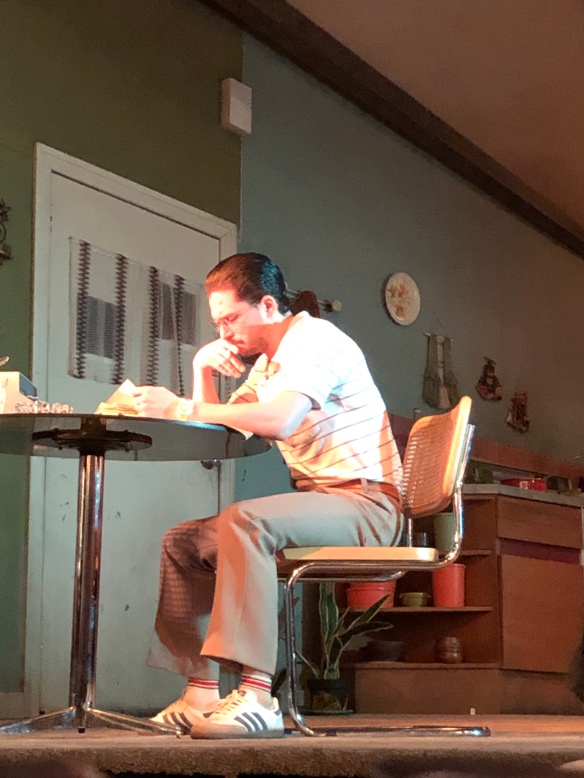 The theatre were full of very young girls clearly being there for Kit. Ha, poor girls seeing the absolute opposite of GoT. Especially since he played a deeby, nerdy guy in ugly clothes.

I loved the play and so happy we went. Our promise to ourselves this year was to try anf keep our mind of things with fun outings like this and it worked. I forgot all about putting needles in my belly and was all giddy coming home.